Jeff Litman Returns with Nothing! 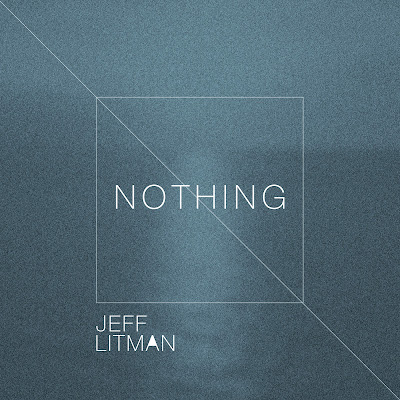 Art Into Dust’s favourite gravitas pop prince Jeff Litman returns with a beautiful new song Nothing available as with the previous post Outside song Debutante as a play what you wish download over at his Bandcamp page. This time though Nothing heralds the start of a monthly delivery of new songs so we considered it was time to once more catch up with this impossibly talented man and have him update us on what’s been going down since last we spoke. What’s going on Jeff? 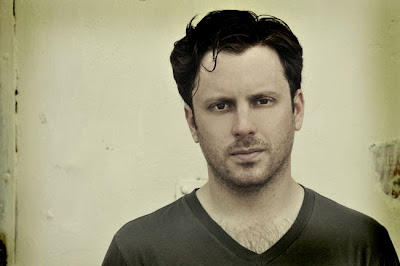 Wanted to let you know that I have a new single.   It is called Nothing.   I wrote it during the blackout that followed Hurricane Sandy in New York, when I had nothing to do but wander the streets and read by candlelight in my dark apartment for four days (perhaps you'll be able to smell the stink on me after four days without a hot shower if you listen closely enough!).  The song doesn't specifically deal with the storm, but the general malaise of the moment surely crept in. This is will be the first of several singles I'm planning to release on the first Thursday of every month for as long as I can keep it up.  The releases will range from fully produced new songs like this one (and next month's) to acoustic versions of old songs, live tracks, an ep, videos remixes, etc, etc. The point is something will come out on the first Thursday of every month. 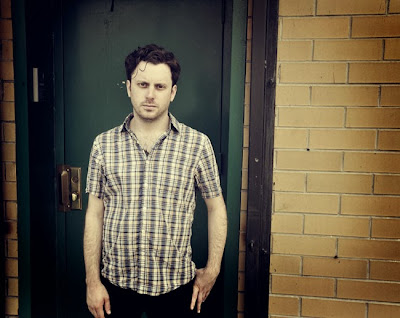 Since Outside's release, I've been doing the regular thing…playing shows, playing with other artists around NYC, a bit of touring.  The problem seemed to me that with all the new music flooding the market these days, after an initial push of promotion for the record--it seemed to disappear rather quickly.  Also, only a few tunes on the record seemed to get much attention.
Personally, I love the album format, have always listened to whole albums, and wish it were still the case that they were viable mediums for getting music out as an independent artist--but for a number of reasons, I decided the steady stream of singles was the best option for me.   First of all, my primary goal is to keep building an audience.  Putting out singles on a regular basis, keeps the new stuff coming over an extended period of time, and has the potential to gain momentum.  An album is a one time event that can't be replicated more than every couple of years.  I heard Thom Yorke say in an interview it was like a "pebble dropping in a stream."  Here today and gone tomorrow, which is why you have to keep the stuff coming!   '
Which brings me to another reason I'm doing the singles thing…albums are expensive to make if you want to make them well.  For all the talk about how costs are down and you can do it in your bedroom, blah, blah, blah…it still costs a lot of money for an individual, self-financed artist.  You have to rent SOME studio time, you need to either buy gear and know how to use it, or hire someone who does….promotion can cost money if you want to go down that road.   Releasing singles can spread that cost out over time, and be a lot more sustainable over the long term.
And lastly, it just seems to be the way people are listening to music these days.  It wouldn't do any good to try to change listening habits.  Big-time, established artists of a certain kind still have an audience for their albums---Wilco, Radiohead, Elvis Costello all come to mind--but for newer, independent artists, new listeners just aren't willing to roll the dice on an hour of music.  But, they might be willing to check out a single.  And if they like it, you can build to the point where people want to hear a full album down the road.  That's the hope anyway!    Besides, I'm happiest when I'm making music.  Not relentlessly pushing an album release.  More music, less promo seems like an ideal plan to me.  My previous single Debutante was my first overtly political song.   I wrote it immediately after watching Paul Ryan give his horrendous speech at the Republican National Convention.  It is from the point of view of his corporate and political handlers as they shove the charismatic young politician onto the stage to whip the mob into a frenzy of paranoid self-delusion, imploring him to dismiss the truth and any semblance of altruism--all in the service of protecting the political and economic comfort that they have grown accustomed to.

Another thing that I'm doing now is self-producing…I always had a hand in the production of my music, but now I'm building the arrangements, instrumentation, etc on my own.  This is partly for financial reasons, but it also reflects my desire to get these songs as close to the picture I have in my head as I can.  I've also been working a lot on my recording/engineering/mixing chops, so after recording basics at my buddy Nathan Rosenberg's place in Brooklyn I've been able to do a lot of the recording and editing of these tracks at home--sending them off to my dude in Minneapolis, Andy Thompson to polish up the mix.
Everybody knows the music business is a mess right now, and it is harder then ever to break through, but the goal for me has never been stardom or fame…I just want to be able to put music out for the people that dig my stuff, and hopefully grow that group of people bit by bit with each release.  I'm incredibly grateful that I get to do this.

Your support has really been so valuable since the very beginning of my career, Mick.  Huge thanks to you and all your readers!

and previously on Art Into Dust
http://artintodust.blogspot.co.uk/search/label/Jeff%20Litman%20Outside 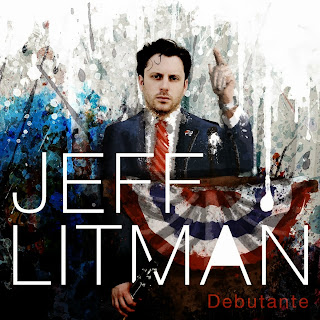 Labels: Jeff Litman Returns with Nothing!