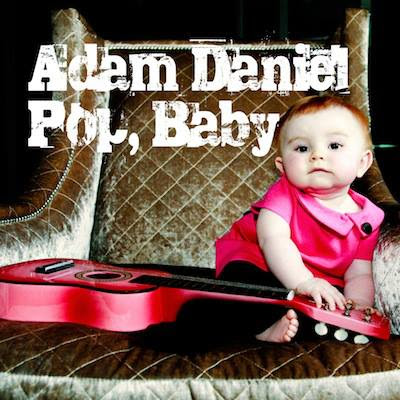 L.A. songwriter and musician Adam Daniel’s 1999 album Blue Pop went straight into a lot of knowledgeable folk’s best of lists upon it’s realise in 1999 and rightly so. A beautifully crafted and masterful slice of mature, harmony laden, guitar fuelled pop majesty Blue Pop was bursting with infectious hooks, graceful melody lines and gravitas substance that heralded a major new talent on the musical map. I interviewed him for Bucketfull at the time so check that out for some background. http://artintodust.blogspot.co.uk/2008/03/adam-daniel.html 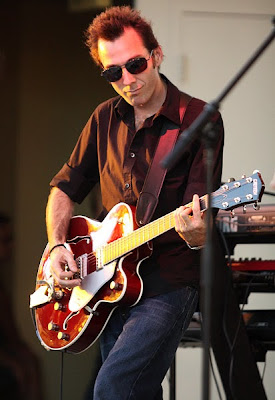 The welcome news that now finally the excellent Mr. Daniel was about to release his long anticipated follow up to the by now legendary Blue Pop, titled Pop, Baby! set hearts racing in all true music lovers across the globe.  Recorded over the last two years entirely by the man in his own home studio set up, Pop, Baby! has been well worth the long wait being everything you might hope for from the man and more. It doesn’t take many plays before realising that not only is this brilliant album a worthy follow up to the classic Blue Pop but in fact it is a greater creative endeavour than even that mighty affair. The opening twin salvo’s of the exuberant “Summer’s Coming” and the majestic harmonic dream “In And Out Of Love” are perfect power pop gems that capture your mind and heart with effortless ease and serve to set the stage for the eclectic musical treasures to follow. Ironically Adam had never even heard the term power pop until the gushing reviews of his debut and indeed he is so much more that that, right up there with the likes of Jason Falkner and Jeff Litman in terms of originality, craftsmanship and inventive abilities. Pop, Baby! is an adventure for the ears, beautifully produced and played with real passion through out.  A musical master class of natural abundant talent put to good use, built around emotionally intelligent song writing of maturity and depth that rewards with each fresh listen. I cannot recommend your immediate purchase of this sensational album enough.
Adam has been kind enough to give us the lowdown on its creation and his thoughts on the thirteen songs contained within its silver grooves.  So sit back and enjoy. Over to Adam. 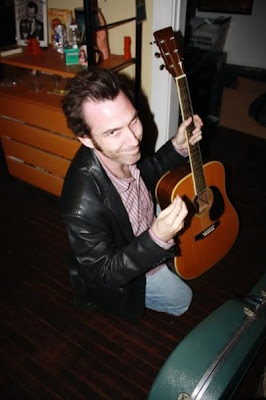 Alright, where to begin… My bio says Pop, Baby is a mashup of Elton John piano, glam rock guitars, Beach Boys vocal stacks, and new wave synth candy. All my favorite things. That pretty much sums it up, except to say that I wrote, arranged, produced, performed, recorded, mixed, and mastered the album on my laptop, and I found that experience both crazy making and deeply satisfying. In fact, I highly recommend it to any insomniac masochists reading this blog. Here's a track-by-track rundown of the album:

Summer's Coming: The main riff started as a TV cue, but I dug it so much I didn't turn it in. It sat a couple years until I finally wrote the vocal melody, chorus, and topped it off with a nice sex and drugs lyric.

In and Out of Love: My definitive statement on male romantic ambivalence, set to a groove. A reviewer just called it "…the golden mean between Paul McCartney and Elton John…" and I couldn't be more delighted.

Regret Shuffle: The riff came in a jam session with some buddies, then, like "Summer's Coming," sat awhile before I was inspired to turn it into a song after a first date that ended in a friend hug instead of, well, you know...

Your Gravity: I went off music for awhile and got into crazy science stuff. This lyric is a play on Einstein's Theory of General Relativity. Nerd alert.

Quantum Love: More nerdy science lyric play, with an 80's hair metal homage at the top of the last chorus. It took forever to get the pitch shifted echo in the 2nd verse to sound right. Details.

Long Cold Winter: This track was actually recorded for Blue Pop and left off the album. It's been rewritten and re-recorded three times since. Finally got it right when I added piano and tubular bells. Everything's better with tubular bells.

Lullaby: People are surprised to discover this song actually pre-dates my daughter. It's probably the most musical theatre-y thing I've done. The Beach Boys vocal stack middle section may be my favorite part of the album.

Dream Out Loud: A song about a stripper, released as a single in 2009. It was produced kinda '70's rock then, like Rare Earth. I pulled it offline and reproduced it power pop style for the album. Went a little wah crazy with the solo...

Sailing Ships: My bid for U2/Coldplay arena hero status, and the biggest, most epic production on the record. Lighters up!

Dying in Slow Motion: Another song that started as a TV cue. The piano riff was guitar, and the celesta was piano. And again, I liked it too much not to turn it into a proper song.

These Shy Things: Written on acoustic guitar, then transformed into a more meditative synth-y thing to make it fit better with the sound of the album. One of my favorite lyrics I've written. A guy thing.

Hold On: The only song I've ever written to myself. Being a professional creative gets rough. But then songs like this come and save the day, making all the anxiety, insecurity, and insanity worth it. Amen. 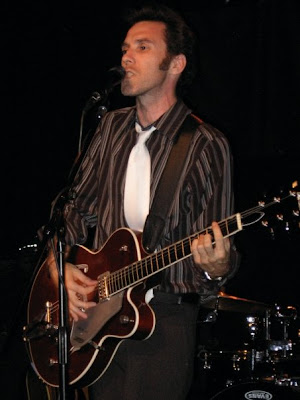 facebook.com/dig.adamdaniel
Posted by jay strange at 16:08