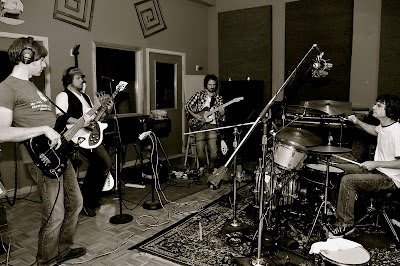 As the reformed Wanderlust continue work on their mouth watering brand new album my thoughts drift back to their brilliant debut album Prize released back in 1995 on RCA. What a majestic thing it is; passionate, blazing, wildly epic and emotionally charged. Prize is a devilishly melodic, joyful guitar drenched storm of an album that blew us all away at the time and its dazzling potency remains undiminished to this day. Brilliant songs, brilliantly played; what more could you ever wish for?
Well to see this magical combo live for one, but Wanderlust never played in the UK, the nearest they got was a café residence in France. One of the sad oversights of that period of underground guitar pop was the painfully lack of live albums, we had to content ourselves with Cdr’s of the rare radio broadcast or the occasional, often shabby audience recording. There was an audience recording of one of Wanderlust’s French shows but it was so crushingly bootleggy in sound quality, maybe a four out of ten, that it served only as a torment rather that anything you could actually enjoy. I eventually binned my copy rather than face what should have been, anymore.
But now all these years later and as part of their drive to finance the new music Wanderlust have embraced the magic that is Bandcamp and made available for the first time a brilliant live radio broadcast performing before a select studio audience at Sigma Sound Studios from the time. To be exact from after Prize and during recording for the superb second album Smear, (which remained unreleased after RCA dropped them until those fine folks at Not Lame released both it and a whole slew of unreleased songs a few years later…all essential stuff.) 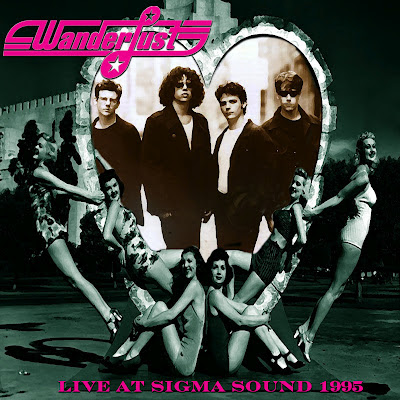 As we all know live radio shows are generally as great as it gets and this beauty is no exception. Eight of the eleven songs from Prize are performed along with five newer songs and they effortlessly prove what we knew all along, Wanderlust were absolute dynamite live. What a precious treasure this release truly is and it can grace your collection for as little as five dollars (though I suggest it is worth twice that at least). And as an added bonus (and because their own cover graphic makes me wince) I’ve been cheeky enough to attempt my own cover art for this monumental release. So head over to Bandcamp grab yourself the music, burn it to your finest disc and then grab my cover art to house it in, then slide it in next too the other three Wanderlust albums that are surely already in your collection and smile. 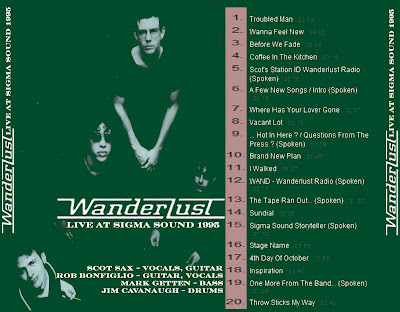 Update. And as you can see the band have now adopted my cover..
Posted by jay strange at 12:27

well, with "prize" being one of my top ten all time albums, thanks for linking me to this live album (took your advice and paid ten bucks.....) - look f0rward to new stuff from them.
chris seventeen