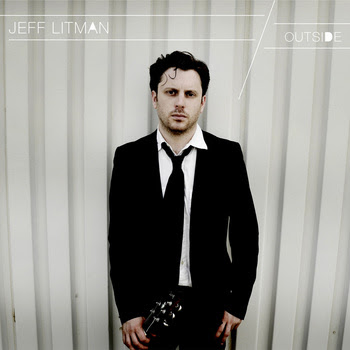 Minneapolis born, New York based, gravitas pop maestro Jeff Litman returns to our hearts with his long anticipated second album Outside and what a welcome return it is. His debut album Postscript lodged itself firmly in numerous best of lists of 2009 and rightly so because it effortless knocked my socks clean off as you may recall from my heartfelt review at the time that reads like a love letter to something very special indeed. (see here http://artintodust.blogspot.com/2009/10/jeff-litman-postscript-and-interview.html) Postscript effortlessly dropped itself into the very heart of my record collection, that warm and special placed reserved for those artists and bands that I truly and unreservedly love and that fine album continues to enrich to this day. There’s always that worry that an artist who seemingly was on the same page with their debut album doesn’t really share your same vision of what makes them great. Who can forget the disappointment of Owsley’s second album, the rocky and melodically dulled The Hard Way compared to the riches of his remarkable debut? No such worries with Outside though because Litman turned his back from his background as a highly rated classically trained guitarist to create the music that he truly loves, as so dazzlingly displayed on Postscript and continued here with such effortless grace. Those of you wise enough to have embraced his first album need nothing more that my assurance that the greatness continues unabated on Outside. For the rest of you I can only say that if top-notch melodic invention is what you’re looking for then look no further. 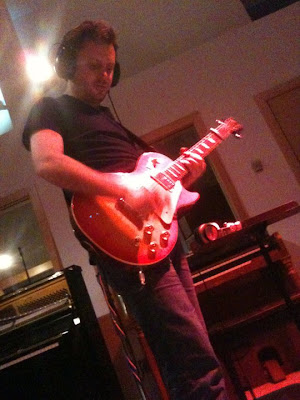 Having defined and achieved what he set out to do with his music so decisively on Postscript, Litman now has the space and familiar confidence to be a bit more playful on this next of hopefully many albums from the man. The main difference here is the expansion of players involved and that combined with constant live performances over the last couple of years give an extra swagger to the more up tempo songs here in. As before he exhibits that rare ability to come up melodies and riffs that only take a single play to unfold and become familiar friends. So many have to fight to come up with such class, where as Jeff just has to open his musical soul, pluck out the jewels within and lay them out before us in settings of pure craft and joy.
The assured and majestic opener, Over and Over is hallmarked as an instant classic. Considering how seemingly straight forward and open this finest of genres appears you would think it had all been done to death many moons ago and yet Litman easily delivers melodies that are brand new and utterly memorable from the get go. And yet again he never drops the ball, not once throughout the eleven tunes to follow. Yes the man has talent but beyond that he has the gift. While Postscript was fraught with the heartbroken, bewildered echoes of a failed relationship Outside is the next chapter in the story, the next morning when the pain subsides and your vision turns from the wreckage left inside to look outside and find something new to build on the lessons learned. Lyrically it’s full of hopes and dreams, more world weary wiser and jaded for now but this cannot hide the undercurrent that when the right one comes along all that will just fade. A thousand lonely nights wiped away from the moment you realise you’ve finally found her and she has found you. The other personal theme to the album is all about the struggle to find your place in this world and I wish to assure the man the creatively he has certain found his. Outside is an impossible brilliant album, beautifully produced by him and long time collaborator Andy Thompson, the playing and arrangements whisper sheer class and the songwriting is as exceptional as ever. Jeff is blessed with a perfect honey drenched voice that is both personable and emotive, perfectly suited to the quality and depth of his songs. I have not the slightest doubt in recommending you welcome this soon to be great friend of a record into your life as soon as you are able. 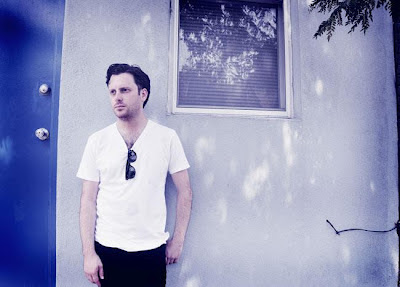 After the great interview Jeff did with us previously he was kind enough to sit down and give up some exclusive thoughts on each track from the new record for our delight and edification. So its over to the great man himself:

Over and Over
Falling into habit. Repeating mistakes. I find it fascinating how we all tend to find ourselves wearing out the same groove in our lives, how much the unconscious mind is really in control, and how free will is often an illusion.

Runaway
You can't fire me, I quit! Michael Bland's drumming on this (and the rest of the songs) is amazing. He's one of the best.

Outside
A stalking song. Pure fiction, of course. Puuurrreee fiction. But, come on…we've all been there, right??? Anyone??? Roger Joseph Manning, Jr. is on keys and background vocals. He's a monster and an early hero of mine. So, that was fun.

What Hasn't Happened Yet
A nostalgic look back at a time just before the complications of adulthood start to assert themselves. You're hiding out, putting off stepping out into the world, and that limited time you have together makes it so much sweeter and more intense.

Chasing My Tail
Not knowing what you want. Running around in circles. It comes from a similar place to "Over and Over."

Don't Want To Talk About It
This is about the fad in our culture that says you have to talk everything out. Everything must be discussed and dissected. Perhaps you could call it the Oprahfication of America. Specifically, this is about a time when I was a kid. I was about 10 years old and my parents had just split up. I remember them sitting me down and insisting that I talk it out, tell them what I was feeling. I was too full of anger and fear to begin to express it in words…especially not to them--not at that time. I would just wait them out in silence, and it was excruciating. I have a great relationship with my parents now, and they've always been super supportive, so I'm a little hesitant to talk publicly about this. But it's as honest a song as I've written, and it deserves an honest explanation.

Girl Down I95
Taking a chance on something/somebody new. Always seems to happen when you’re not looking for it.

Back to You
This is about choosing to stay in one place…to hide out instead of venturing out because all roads lead to the person that hurt you and you don't want to go back there.

Don't Do That
Similar to "Girl Down I95," this is a song about tentatively dipping a toe back into the waters of people and relationships after an extended period of interpersonal exile. It is earlier on than I95 and is still filled with considerable dread, but staying alone is no longer a viable solution.

'Til Someone Got Hurt
A song about a mistake. One that gets repeated. I'll stay vague about this one.

Just Another Dream
NYC. Land of dreams. Everybody's out here pursuing some dream that lead them to leave their more comfortable hometowns and have a go of it. The upside is there is a lot here to inspire you and prod your creativity. The downside is that yours is "just another dream" among many, and that can be discouraging. No choice but to keep at it though. Nobody said this was going to be easy!

Time Heals Nothing
The self-imposed isolation that precedes "Don't Do That" or "Girl Down I95." This is a song about making the deliberate choice to wallow. I worry that I'm beginning to sound agoraphobic.

http://www.jefflitmanmusic.com/
Posted by jay strange at 06:09