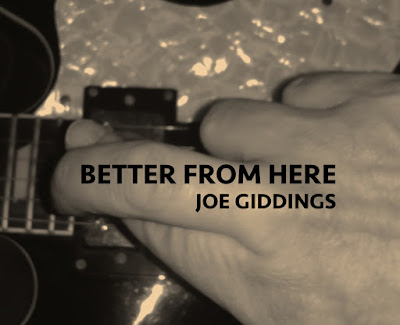 The brilliant multi-instrumenatlist and beloved songwriter  Joe Giddings is back with a brand new album of all original songs available to buy now on his Bandcamp page https://joegiddings.bandcamp.com/. It's beautiful pop wonderment as you would expect from this hughly talented man. Check out the eclusive interview we did with Joe onetime for all the background http://artintodust.blogspot.co.uk/2013/05/joe-giddings-interview.html and then go listen to his latest and greatest.


A word from Joe
Howdy, friends! I have decided to go ahead and release an albums worth of music independently and without bells and whistles and/or a physical release...so there will not be an actual CD to purchase. It's a download only album available from my Bandcamp page.
It's called "Better From Here" and was recorded nearly 5 years ago. I've added stuff to the songs during the interim, including Jonny Daly's excellent pedal steel and Cord Stone from Star Collector's keys and backing vocals.
It's a very personal record but it's got a power-pop vibe folks recognize me from with The JTG Implosion,"All the People Some of the Time" album on Notlame, and the sole indie release of Star Collector's, "Songs For The Whole Family". 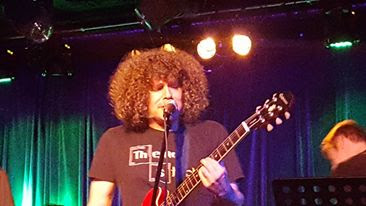 Hey Joe while you're here hows about a nifty old track by track guide from yourself to Better From Here?

"Rock 'N Roll" was written as a call to arms for musicians and music lovers around the world to not let RnR be ruined or killed by corporations and technology. There's a lot of soul in music and it's being systematically removed by a soulless dead industry. Let's all stand tall for Rock 'N Roll.

"Irrelevant" is a vignette of my life circa five years ago. Likely my most cynical, tongue-in-cheek song. This is my life as a a musician and it's great playing music, but I realize with the Internet and technology and media giving everyone a myriad of entertainment options doing what I do barely blips the worlds radar...but I'm gonna have fun anyway...so a bit snarky, but honest...

"Better From Here" is my way of saying " Hi everyone! I've made another batch of songs that whether I like it or not are gonna have much the same vibe as those I've written in the past, and regardless of the rotting business of music or problems in my personal past I'm blessed to see that good things lay ahead."

"Tinfoil Crush" is about how fragile relationships can be if based on appearances though it may seem perfect.

"Torn Apart" was originally titled," Torn Apart(An Open Letter To Westboro"). As a Christian with zero tolerance for hate I felt compelled to write and help to clear up that the WBC is not in any way like Christ or an accurate example of His Church. Not preaching or preachy, but hoping those close minded, misguided people figure out how to Love.

"Gone So Far" is about the universal feeling of missing the one you love.

"Brand New Day" has a bit more twang then my songs normally do. This song was written in response to being in a party atmosphere and loving "the night life" which is fine, but hopefully we can just revel in the fact that every day is a gift and no matter when you get going it's a brand new day to enjoy life.

"Amity Horror" is a play on the Steven King movie "Carrie". The song tells the story of the character who is Carrie's nemesis who wants to wreck Carries prom. I didn't know the actual name of the character but I had Amity Horror stuck in my head. I thought of all the other entitled mean girls in high schools around the world and made up the person Amity Horror as an example.

"Always Raining Somewhere" was written to encourage people going through depression and sadness. We can choose to let the rain, darkness, sadness, anger get the best of us, but we can get help in a myriad of ways. Having a bad day is universal so you're not alone. Only you alone can choose to move forward to set goals and make good decisions...even if things look bad. It was also written as a challenge from my friend Robbie Rist to write a song in a minor key....I failed.  This song features some fine Pedal steel by my friend from Atlanta, Jonny Daly.

"If I Don't Have Love" was written in a time of change and pain while I was going through a divorce. Learning about myself and forgiving myself and figuring out how to truly love and be loved again is hard, but necessary. I would imagine many people that have gone through it will understand. This songs special guest is Cord from Star Collector on backing vocals and some keys. It's the first time we've worked together since 2000. All of the Star Collector members keep in touch and remain friends to the day.


"The Final Track" was written when I was in a deep depression in 2002 and was originally a poem about an old, beat up, well played vinyl record as a metaphor for a life that's falling apart, but with the hope that at the end of the album something beautiful will make it all worthwhile...it's super personal...
....and as I move on to a new batch of songs I trust this collection helps make someone's day brighter and their heart lighter....and their heads bop and toes tap. 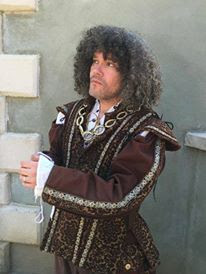