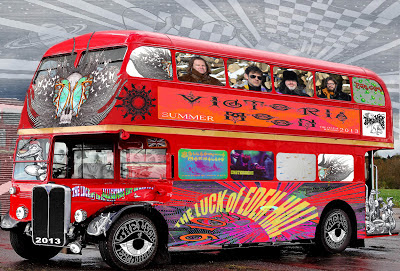 The totally brilliant psychedelic genius combo that is The Luck Of Eden Hall have a new album Victoria Moon coming up over the horizon this summer along with a big interview by little ol' me in the next Bucketfull Of Brains which should be with us before June is out and they plan to play over here in England for the very first time in August  with the help of a Kickstarter Campaign to raise funds for travel cost's etc. There's lot of goodies on offer including rare collectors vinyl and the new CD which is bound to be a stone cold classic. 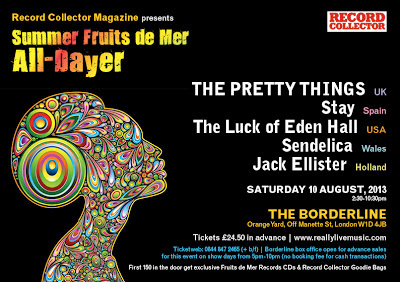 Over to Curvey to tell you more details:
"I think this started with the Monkees TV show and when I inherited my Aunt Sue's 45s after she went off to college. I never really thought about playing a musical instrument, other than toying around on family keyboards, until I was 16 and received an acoustic guitar from my Dad as a Birthday gift. I bought my first electric guitar from a friend (Tim Counterman RIP) in High School for $15 and performed live for the first time at a High School Pops concert with two of my best friends, Steven Chamberlin and Bruce Zimmerman. I briefly attended Kendall School of Design until I was offered to join a band in Chicago. It was my friend Doug Chamberlin's band called Scarlet Architect and they were opening for bands like Human League and Lena Lovich. It sounded like a dream to me, but as dreams go the opportunity dissolved when some members in the band woke up and split. I remember my friend Gail Potocki giving me a surprise Birthday party when I turned 25 to help cheer me up a bit. I had been feeling down because I didn't think there was a chance in Hell to make a career in music after you were 25 years old. This year I'll be 50. The last few years have been the most productive years of my musical career and the doors keep opening. I have to step through. Reality is first manifest in dreams. 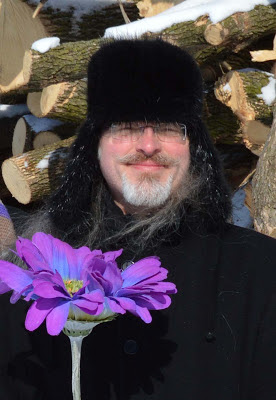 We are on a roll! I've been interviewed in Wild Thing Magazine (Greece) and we've made the front cover. The people behind the magazine like us so much that we have two songs included on their compilation CD, and they're launching a label and want to press a single. I've also been interviewed by Bucketfull of Brains, a print only magazine (UK), which is to appear in the June issue and at the end of the story they're mentioning our show in London on August 18th with the Pretty Things! Yes, we we're contacted by the promoter and asked to be on the bill! This is where a huge favour comes into play....

We are launching a Kickstarter Campaign to help us raise funds to get to the UK. We have had a lot of success with European labels lately, pressing 7 inch EPs and just recently the fabulous Butterfly Revolutions Vol. 1&2 double LP, but the current trend is to be paid with product, not cash. The labels issue bands a limited amount of free copies for us to sell and keep whatever profit we can make and in exchange they pay for the pressing, printing and a bit of advertising.
We've saved most of our copies for this campaign, along with our next CD Victoria Moon and a bunch of other fun premiums, including the chance to have me paint a Drum Head or a Stratocaster for you. 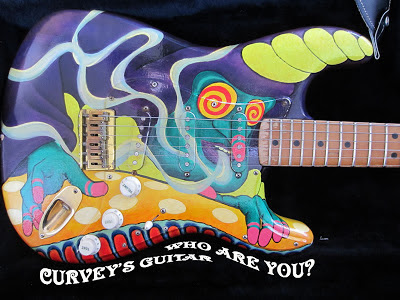 This is our only hope of getting to the UK. We have three solid shows and one more in the works and though we realize the odds we would hate to have to cancel this fabulous opportunity, so please join us in a bit of fun. This will be a 30 day all or nothing campaign starting now. 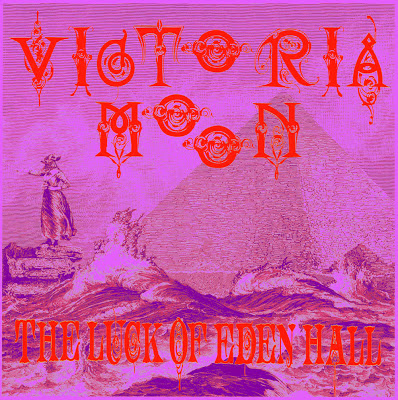 Labels: The Luck Of Eden Hall